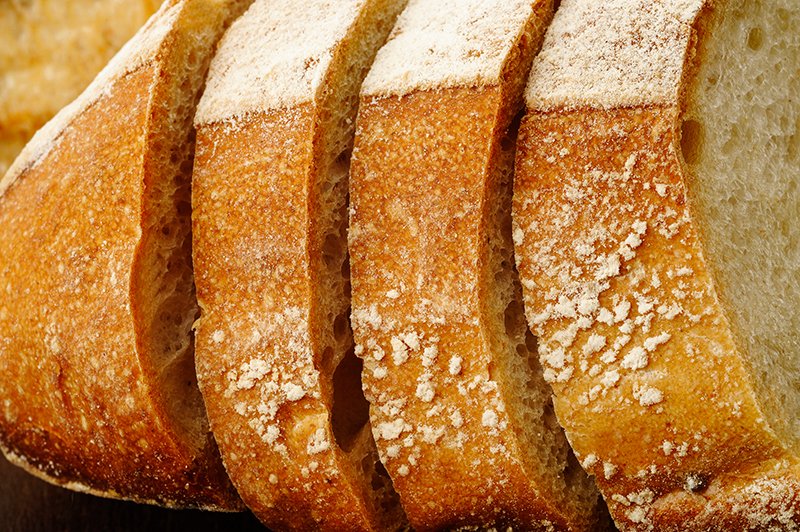 Helpful hints:
I keep my starter in the fridge. To get the best, bubbly starter for baking, I take it out early in the day and allow it to reach room temperature. There may be a dark or yellowish liquid on top. I stir this back in because it increases the sourdough tanginess. It is the by-product released when the bacteria feed on the flour. If you want a milder flavor, just pour the liquid off before you feed your starter. The day I plan to bake, I run a large glass measuring cup full of tap water and set it on my counter to allow the chlorine to evaporate. Chlorinated water will not allow the fermentation process to occur because it kills the bacteria. To feed your starter, first you need to discard some. I hate to throw stuff away, so I found a recipe for sourdough crackers that uses discarded starter. Look for that recipe on our Recipe page. I typically discard (or use) 200 grams of starter. Once you have discarded, place the jar of remaining starter on the digital scale and power it on. Add water until you reach 50 grams. Then add 50 grams of flour. Stir to blend thoroughly and allow to sit at room temperature. You can tell the bacteria are feeding when bubbles appear. Wait at least 5 hours and feed again. Feed 1 or 2 times prior to baking, allowing the starter to produce bubbles. Your starter is now ready for bread making. If the liquid on your starter turns pink, toss it and start over. Pink is not good but otherwise, keeping a starter is kind of fun.

PRODUCTS USED TO MAKE THIS RECIPE